HELLO, DOLLY! is the story of Mrs. Dolly Levi’s efforts to marry Horace Vandergelder, the well-known half-a-millionaire, and send his money circulating among the people like rainwater the way her late husband, Ephraim Levi, taught her. Along the way she also succeeds in matching up the young and beautiful Widow Molloy with Vandergelder’s head clerk, Cornelius Hackl; Cornelius’ assistant, Barnaby Tucker, with Mrs. Molloy’s assistant, Minnie Fay; and the struggling artist, Ambrose Kemper, with Mr. Vandergelder’s weeping niece, Ermengarde.. Levi tracks Vandergelder to his hay and feed store in Yonkers, then by train back to Mrs. Molloy’s hat shop in New York, out into the streets of the city where they are all caught up in the great Fourteenth Street Association Parade, and finally to the most elegant and expensive restaurant in town, the Harmonia Gardens. There, Dolly is greeted by the waiters, cooks, doormen, and wine stewards in one of the most famous songs in the history of American musical comedy, Hello, Dolly! What happens in the end? Dolly gets her man, of course. Even makes him glad she caught him. Dolly leaves the stage at the end of Act II with a wink to the audience as she takes a peep into Vandergelder’s bulging cash register, and promises that his fortune will soon be put to good use. She quotes her late husband as she says, “Money, pardon the expression, is like manure. It’s not worth a thing unless it’s spread around encouraging young things to grow.” HELLO, DOLLY! is an ebullient and irresistible story of the joy of living, glittering with happy songs, shining with loving scenes, alive with the personality of one of the most fabulous characters on the musical stage…Dolly Gallagher Levi! Classic musical numbers include Put On Your Sunday Clothes, Ribbons Down My Back, Before the Parade Passes By, Elegance, It Only Takes A Moment and So Long, Dearie. 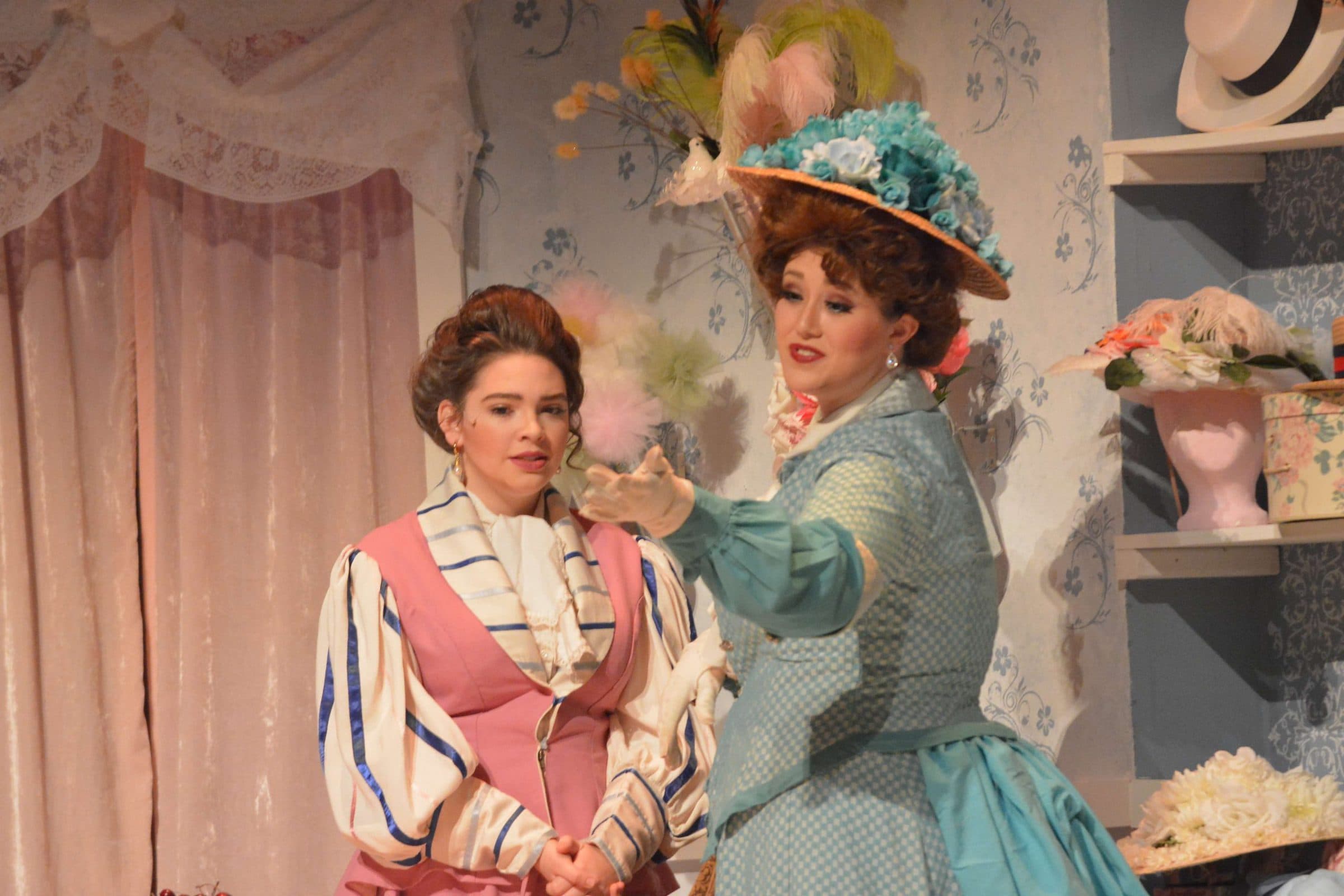 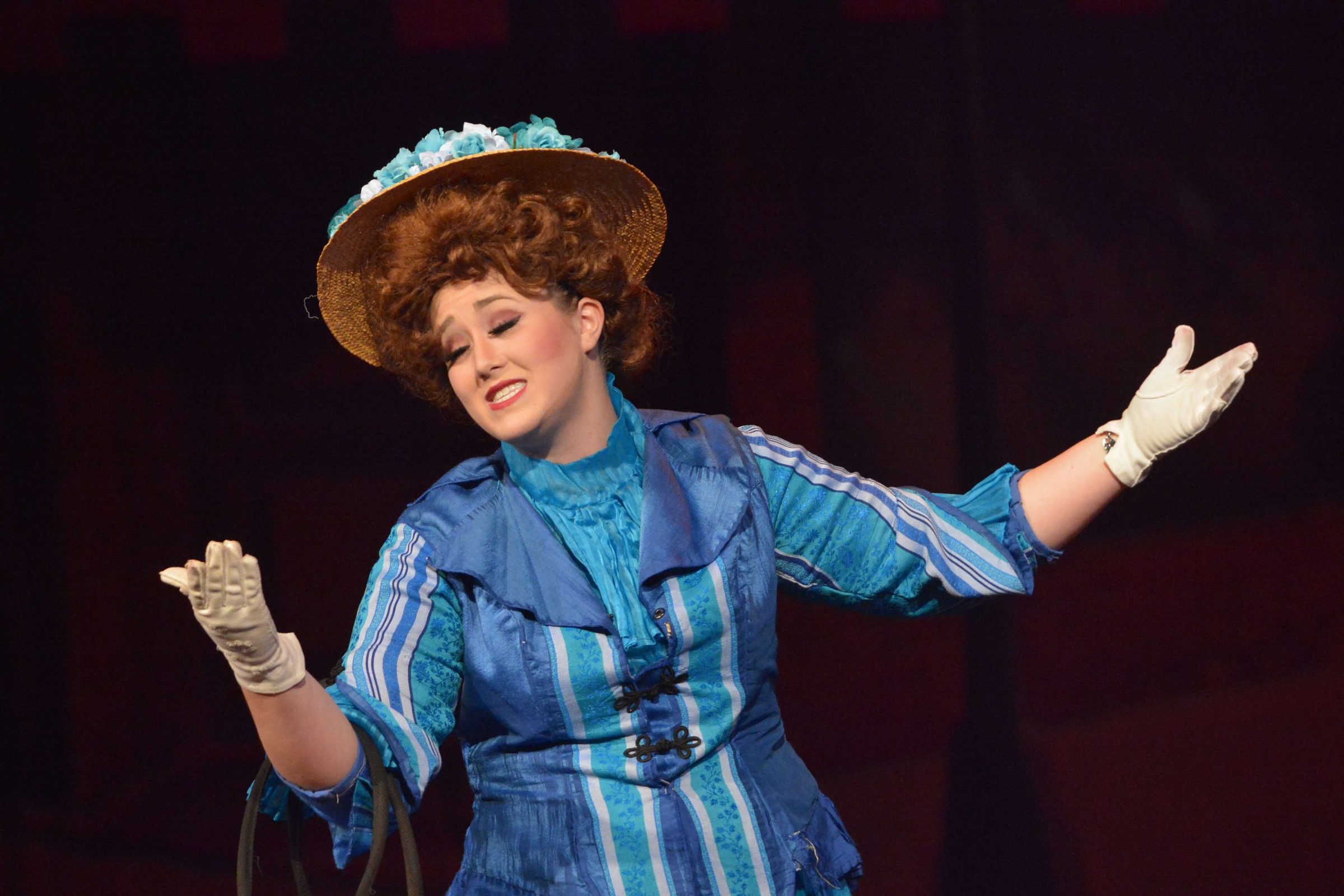 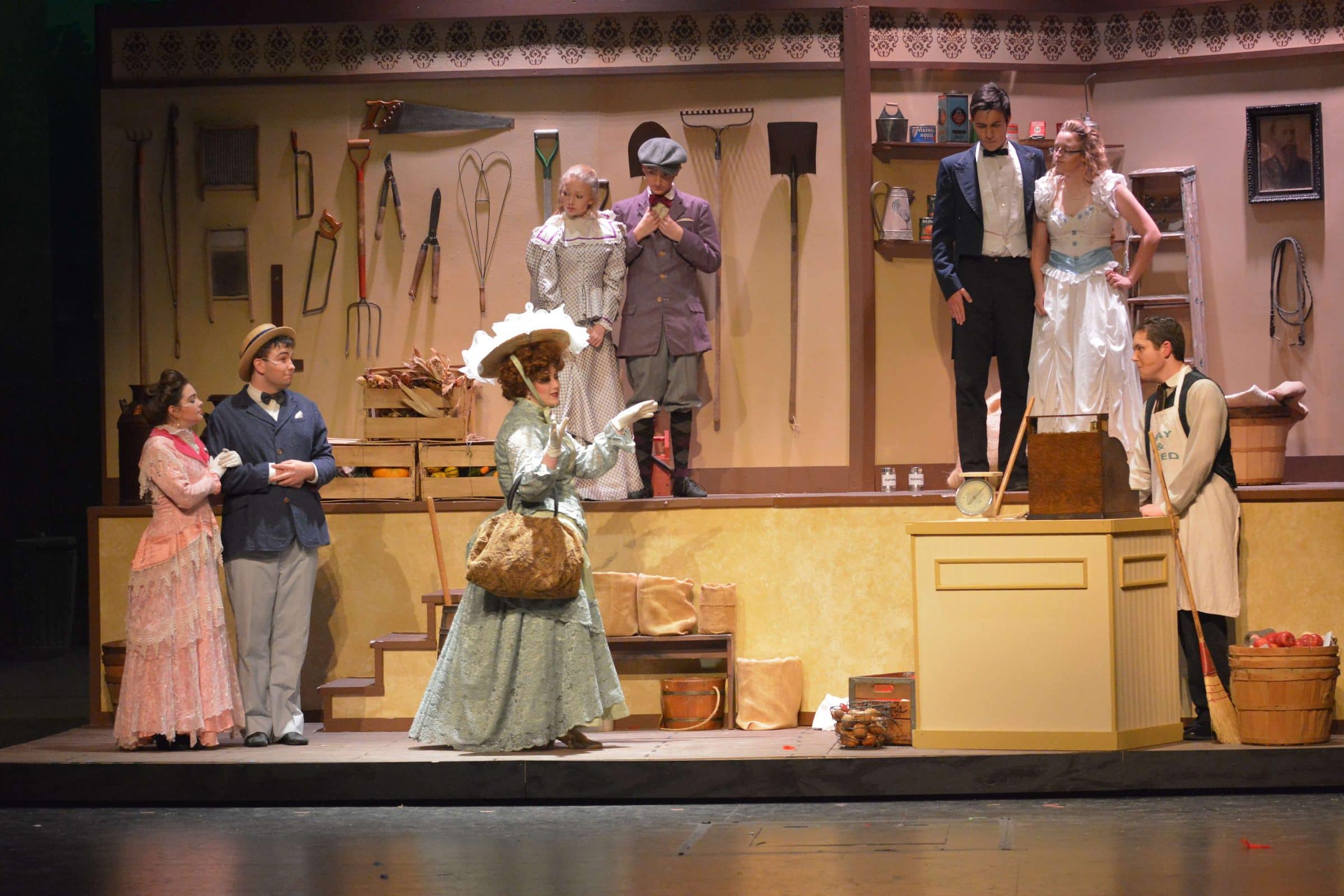 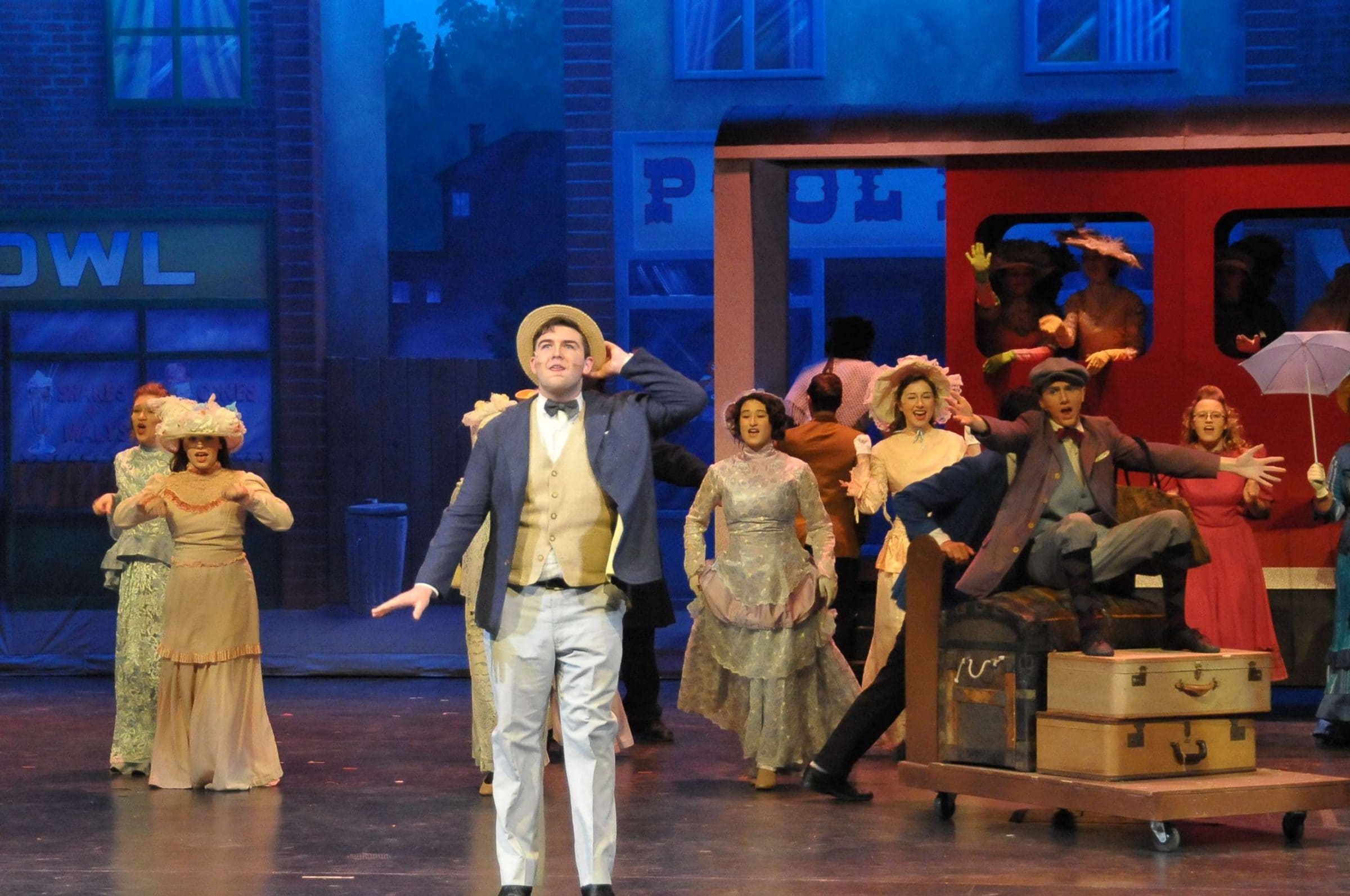 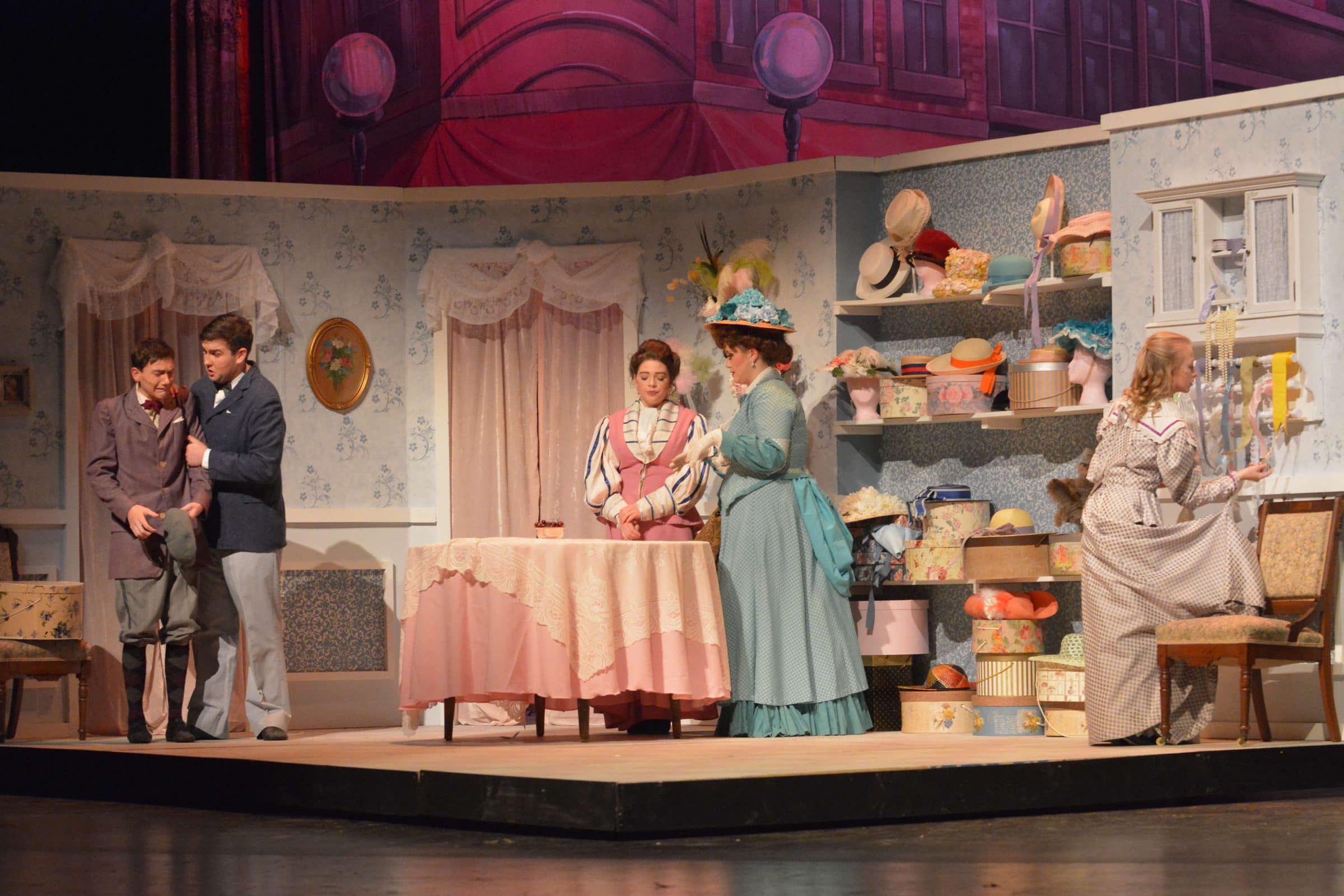 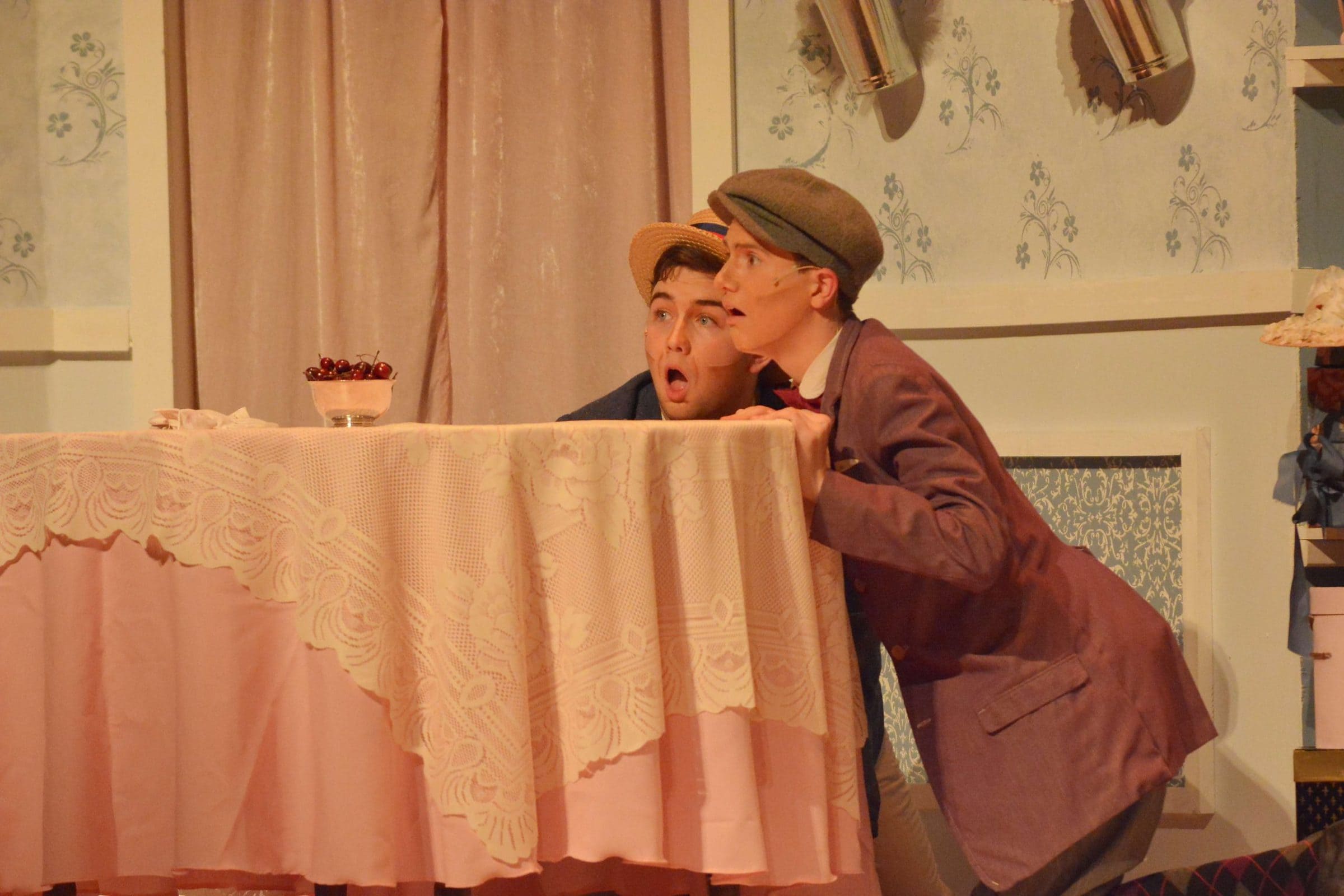 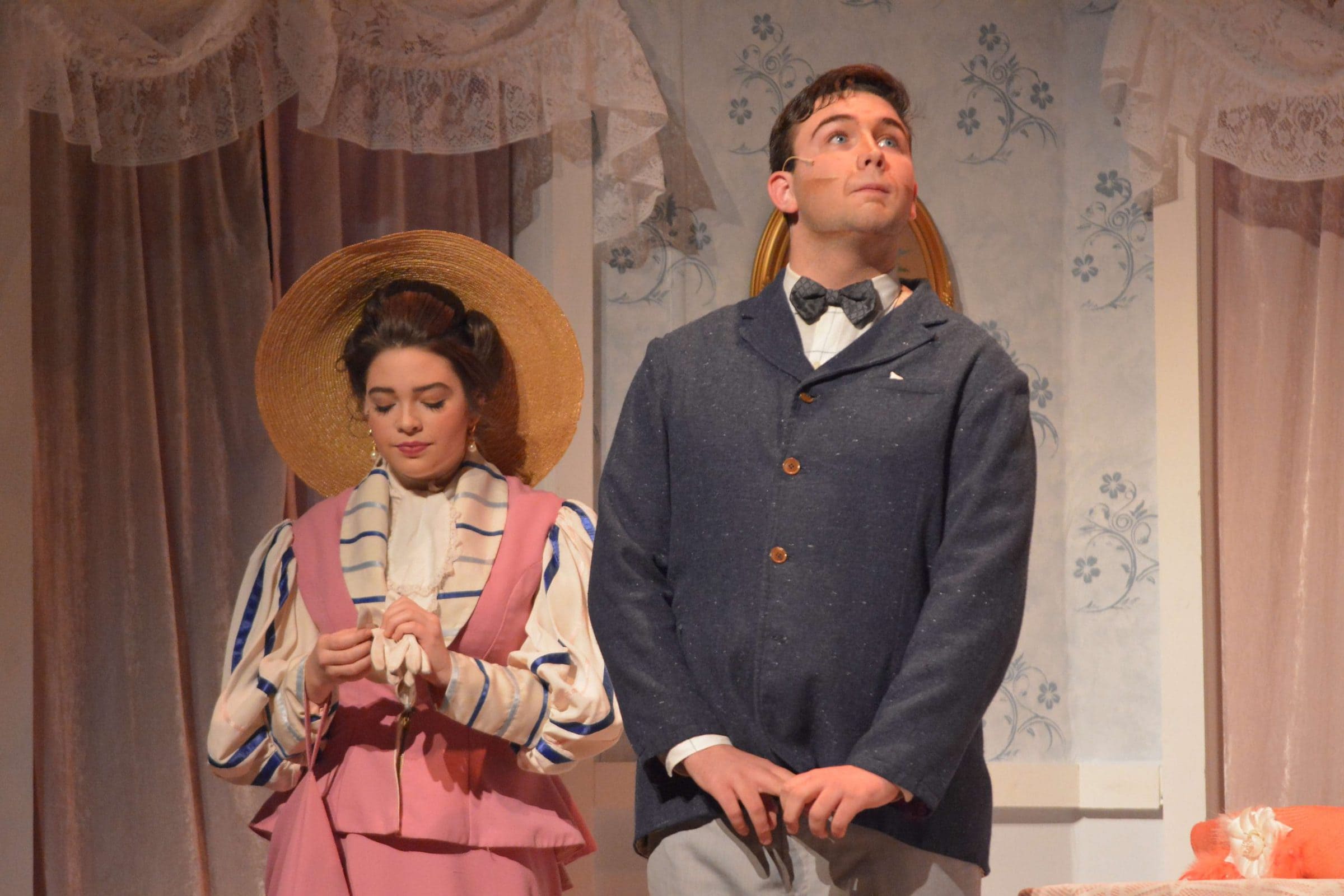 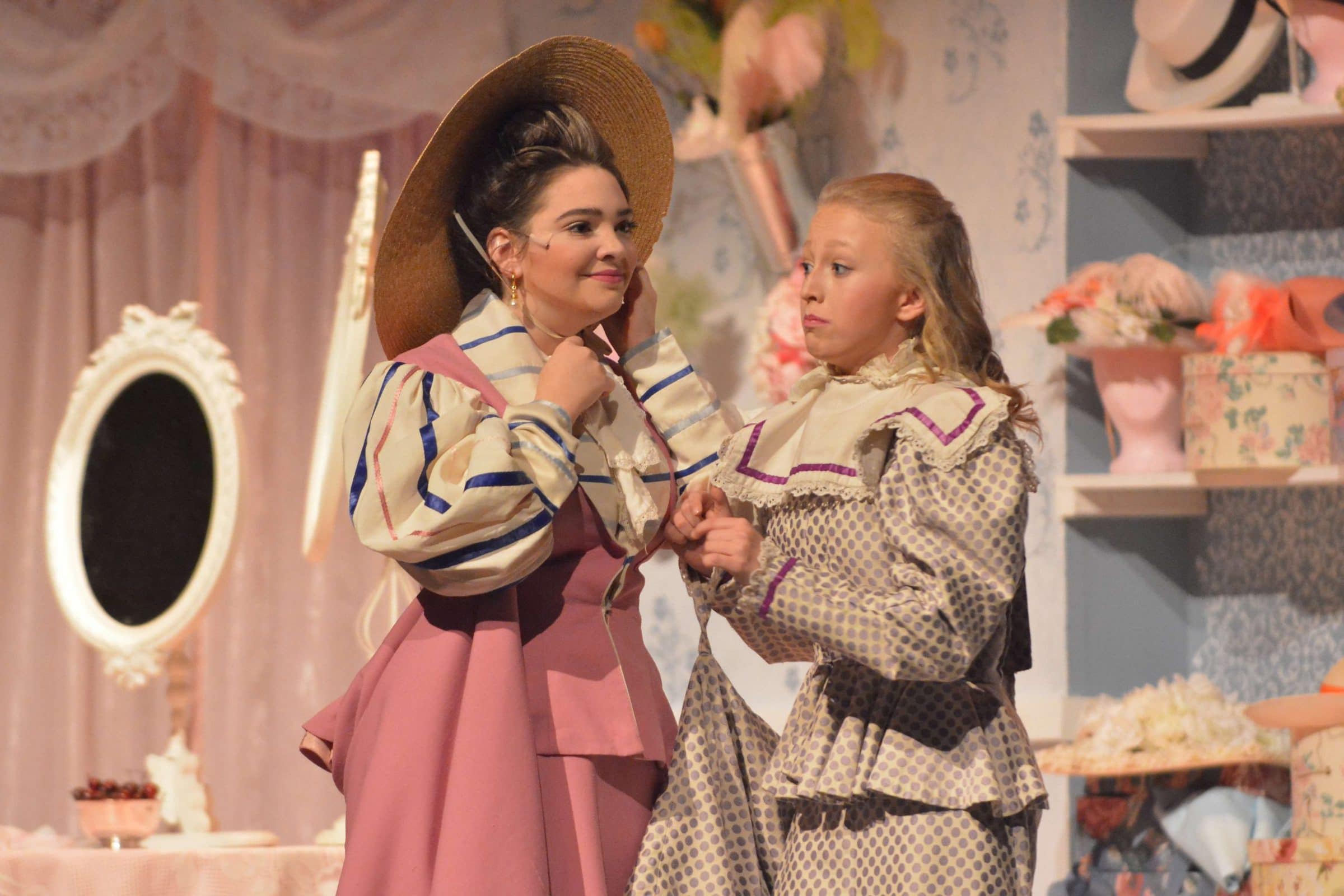 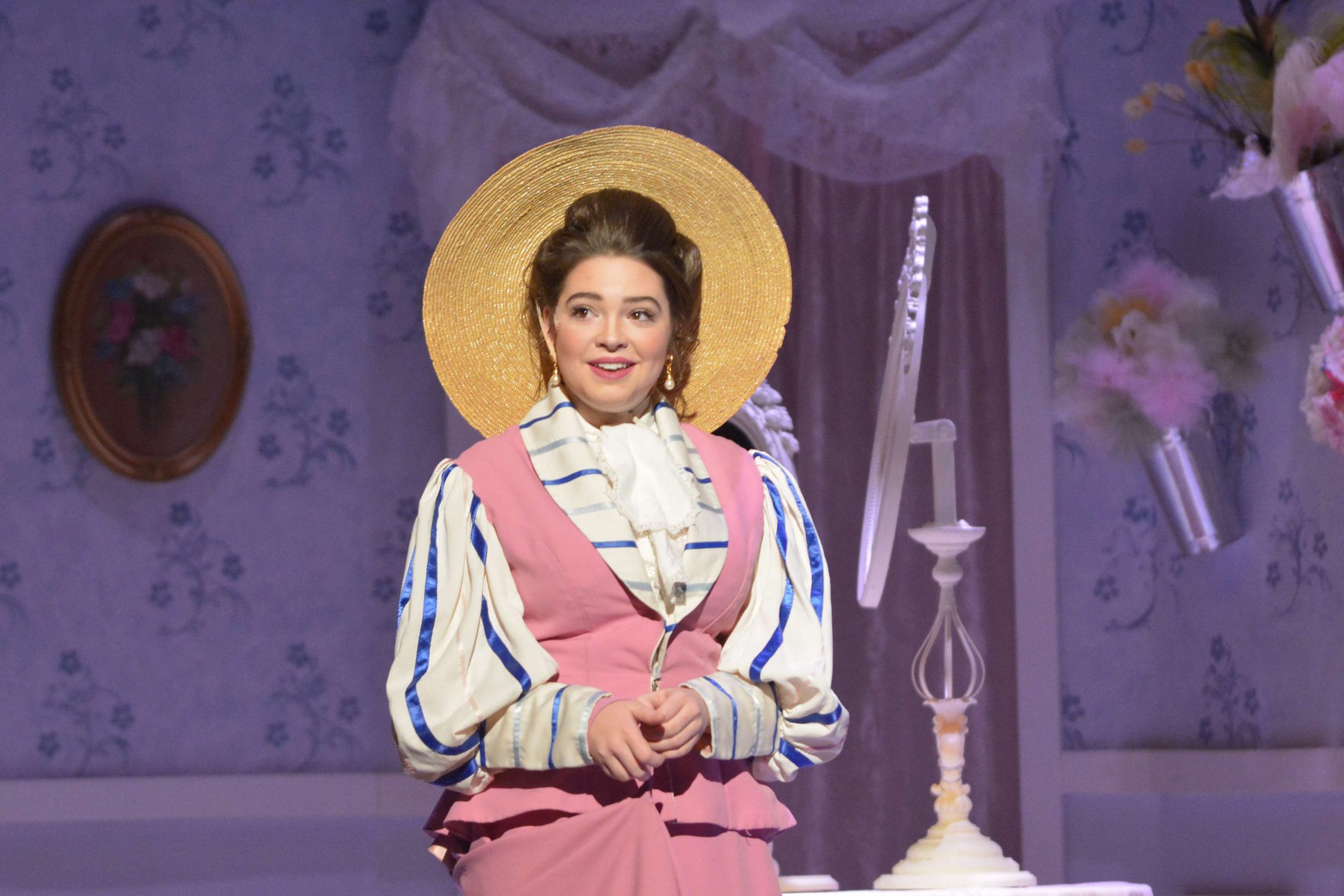 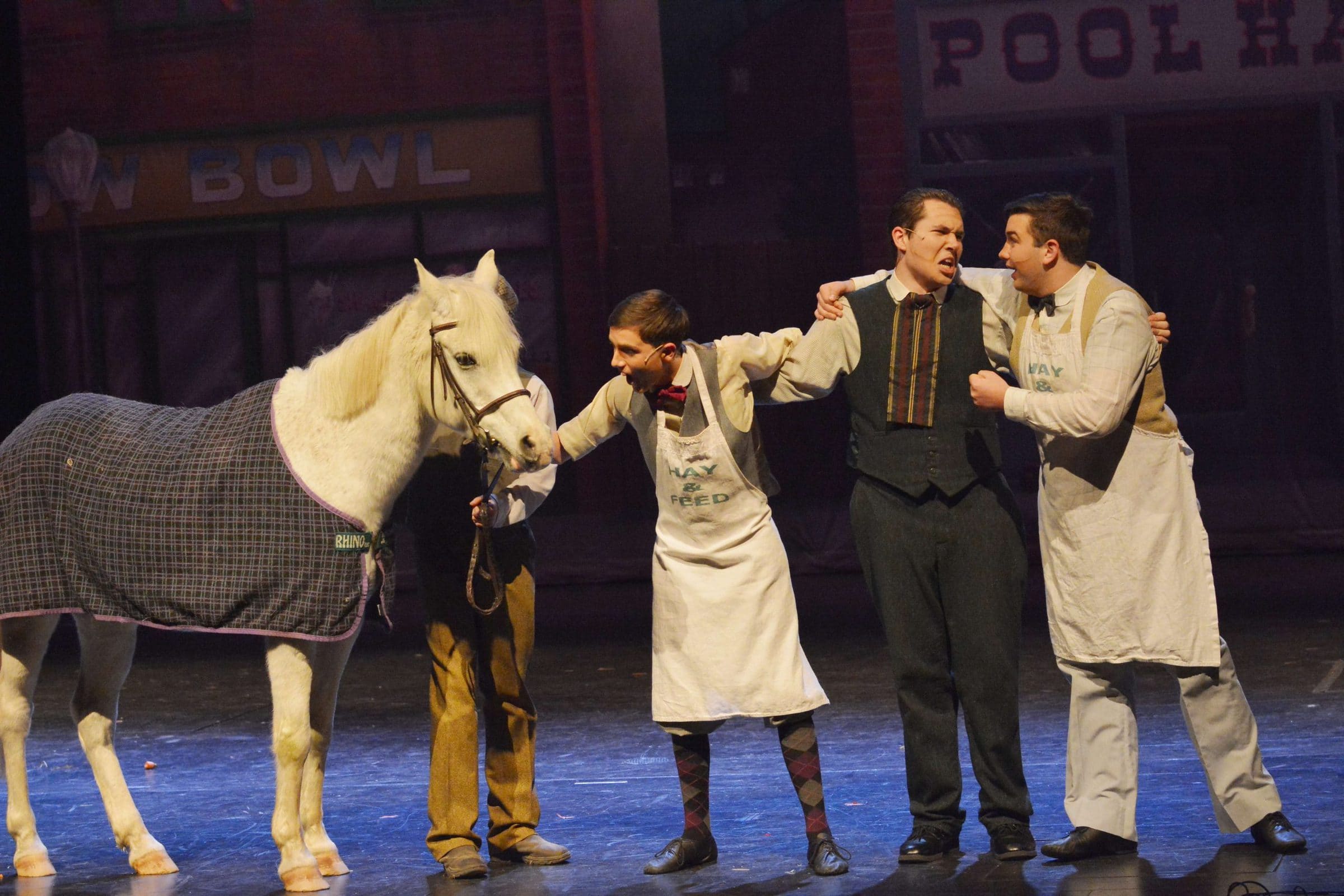 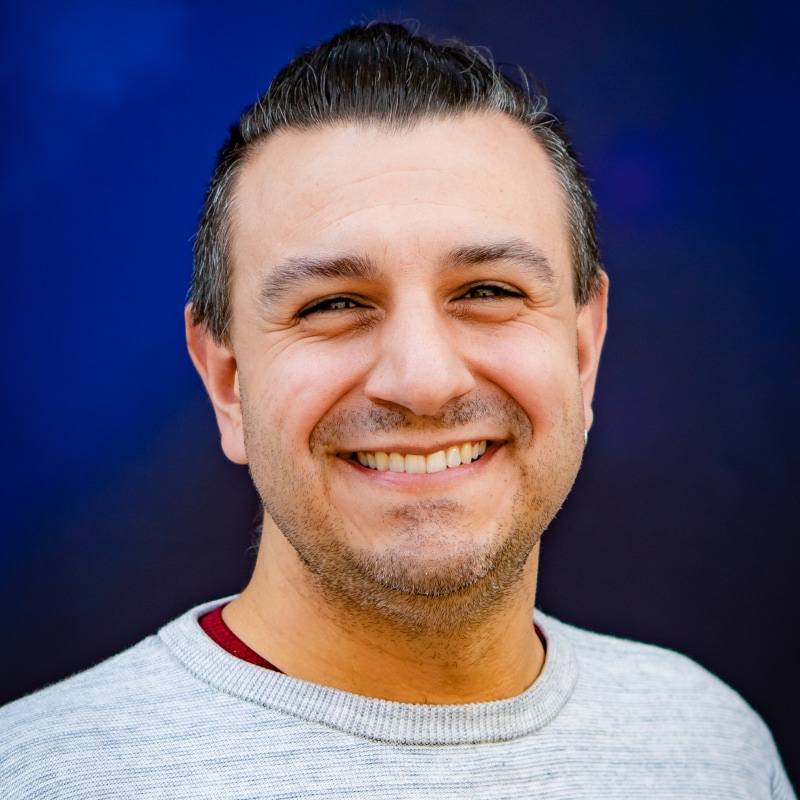